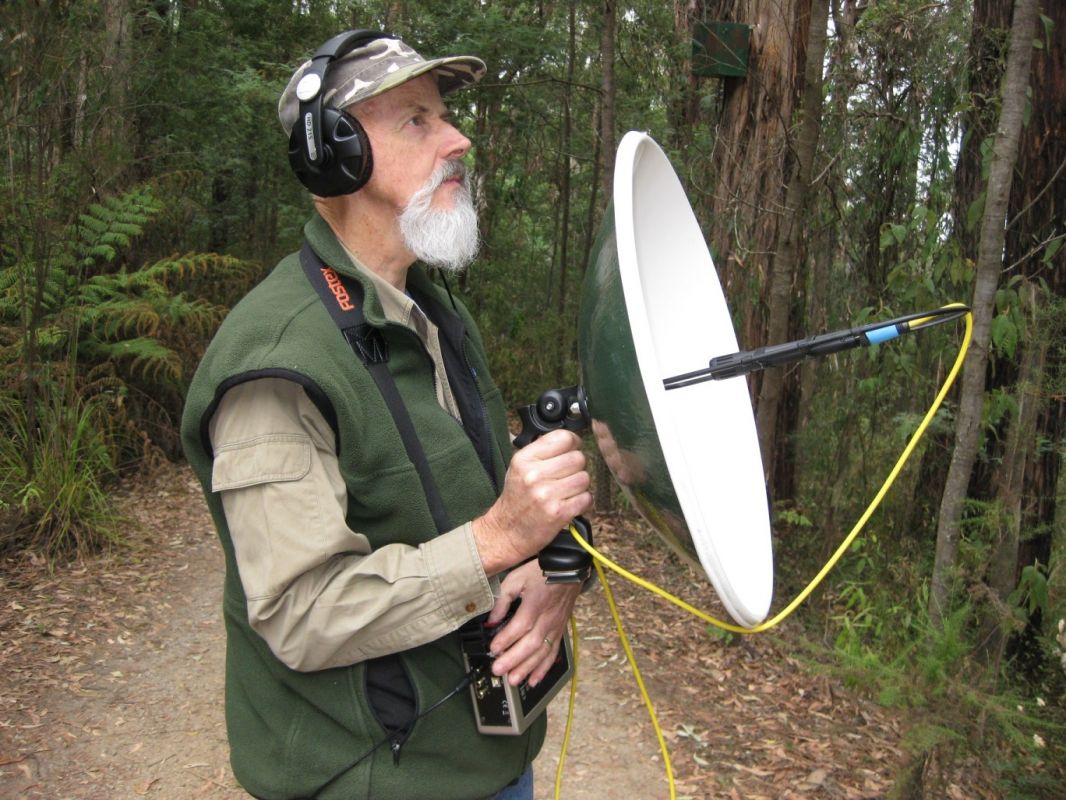 Ed McNabb is a well known wildlife ecologist with a special interest in nocturnal fauna. He recently retired from a senior scientist position with Victoria’s Dept Sustainability & Environment from 1996 to 2012 during which time he led teams surveying owls and arboreal mammals across more than 2000 public land sites across Victoria. Ed supplied the specialised survey tapes and CDs used during these surveys. Other major DSE projects included extensive research into the value of tree plantations as habitat for fauna and long term monitoring of large forest owls and impacts of fire.

He has authored and co-authored  a range of papers on his environmental research. See Selected References.

He began recording wildlife vocalisations in the 1970's during his long-term study of the Powerful Owl in Victoria's Dandenong Ranges. Whilst in the bush for long hours at night, the many mystery night calls intrigued him and he found the best way to memorise the calls was to record them.

He formed his company, Ninox Pursuits Environmental Services in 1994, focusing on environmental education and consultancy.  In 1996 he published his popular Nightlife of the Dandenongs tape, which  enabled landowners, biologists and naturalists to identify nocturnal wildlife by their calls around the Dandenong Ranges and beyond.   Ed released his CD version,Nightlife of Australia -South-eastern Forests in 2006 and it continues to prove itself as a valuable reference tool.

During his field work over almost four decades, Ed had the opportunity to  record the advertisement calls of frogs and is constantly  broadening his expertise toward these fascinating amphibians and published his popular Frog calls of Melbourne CD in 2009.

His latest release, “Ed’s Frog Adventures”  is an App designed to encourage younger students to get into the outdoors and learn about our fascinating frogs.

Ed lives on a bush property 70km east of Melbourne where he enjoys communing with a broad suite of diurnal and nocturnal wildlife ranging from frogs to lyrebirds and owls.